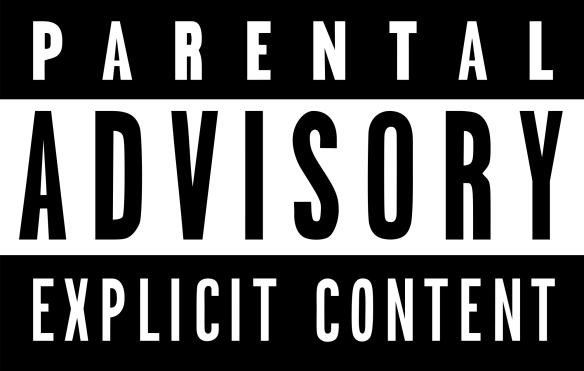 In Friday’s episode, we discussed the history of the Parental Advisory Label that now appears on many albums. As well as some music that Kwasi and I covered on an additional episode about some more “modern” filthy, along with some just strange, songs.

For starters; what is the Filthy Fifteen? The Filthy Fifteen are fifteen songs chosen by the Parents Music Resource Center for their reasoning to start labeling songs. In the beginning, they wanted to label music much like TV shows, movies, and (taking place around ten years later) video games. Contained below is the list of songs (taken from Wikipedia.)

The PMRC began as a group of “Washington Wives” consisting of Tipper Gore, Susan Baker, Pam Howar, and Sally Nevius. (They eventually grew to include twenty-two members before shutting down in the late 1990s.) The group started after Tipper Gore bought the soundtrack to the R rated movie Purple Rain, by Prince and the Revolution, for her (at the time) teenage daughter. The lyrics that triggered Tipper were “I knew a girl named Nikki I guess you could say she was a sex fiend, I met her in a hotel lobby masturbating with a magazine,” But she was not the only “Washington Wife” bothered by popular (and non-popular) music going more towards topic of a sexual, violence, occult, and drug focused direction.

In September of 1985, the PMRC held a hearing to discuss how music companies should handle the labeling of music. At first, they recommended using a labeling system of putting an R (Like the American movie rating) for albums that had “adult themes”.

Three musicians showed up for these hearings and delivered statements against the labeling of music. They were Dee Snider (Twisted Sister), Frank Zappa (Mothers of Invention), and John Denver. Heres a link to the speeches https://www.youtube.com/watch?v=8FbBpvoYKpc&list=PL29F9E8F8C7463CDF

A made for TV movie based on it https://www.youtube.com/watch?v=RraXwlatyrs&list=PL0EE1C132DA329508

There were many other artists who vocally disagreed with the hearing as well as the outcome. There were a few parodies of the label. Namely that “Some prints of Metallica’s album Master of Puppets contained a parody warning, shaped like a stop sign, that read “THE ONLY TRACK YOU PROBABLY WON’T WANT TO PLAY IS “DAMAGE, INC.” DUE TO MULTIPLE USE OF THE INFAMOUS “F” WORD. OTHERWISE, THERE AREN’T ANY “S…S,” “F..KS,” “P.SSES,” “C.NTS,” “MOTHERF…ERS” OR “C.CKS…ERS” ANYWHERE ON THIS RECORD.”” as well as Frank Zappa’s own label he put on his next album Frank Zappa Meets The Mothers Of Prevention; “WARNING/GUARANTEE: This album contains material which a truly free society would neither fear nor suppress. In some socially retarded areas, religious fanatics and ultra-conservative political organizations violate your First Amendment Rights by attempting to censor rock & roll albums. We feel that this is un-Constitutional and un-American. As an alternative to these government-supported programs (designed to keep you docile and ignorant). Barking Pumpkin is pleased to provide stimulating digital audio entertainment for those of you who have outgrown the ordinary. The language and concepts contained herein are GUARANTEED NOT TO CAUSE ETERNAL TORMENT IN THE PLACE WHERE THE GUY WITH THE HORNS AND POINTED STICK CONDUCTS HIS BUSINESS. This guarantee is as real as the threats of the video fundamentalists who use attacks on rock music in their attempt to transform America into a nation of check-mailing nincompoops (in the name of Jesus Christ). If there is a hell, its fires wait for them, not us.” Ironically enough on Frank Zappa’s instrumental album Jazz from Hell the Parental Advisory label is featured on its cover.

Putting the label on albums have had a “forbidden fruit” appeal to many young people, making them buy the album just to see or hear what is “so wrong” or explicit about the music. “Family-Centered” stores like Wal-mart and K-mart (RIP) refused to sell albums that had the label unless they got a copy of the album that was either Amended (meaning the offending words or themes were removed) or the offending tracks be removed or re-recorded to a cleaner version of the lyrics. 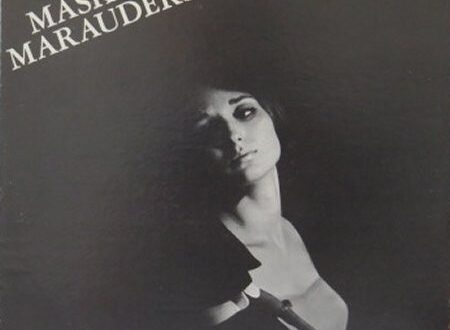 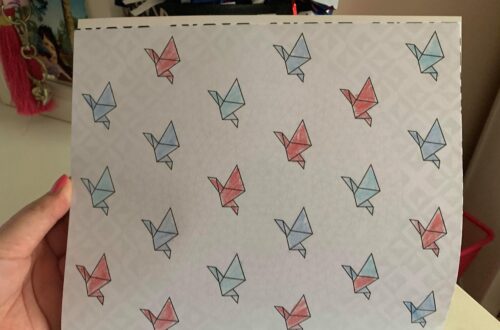