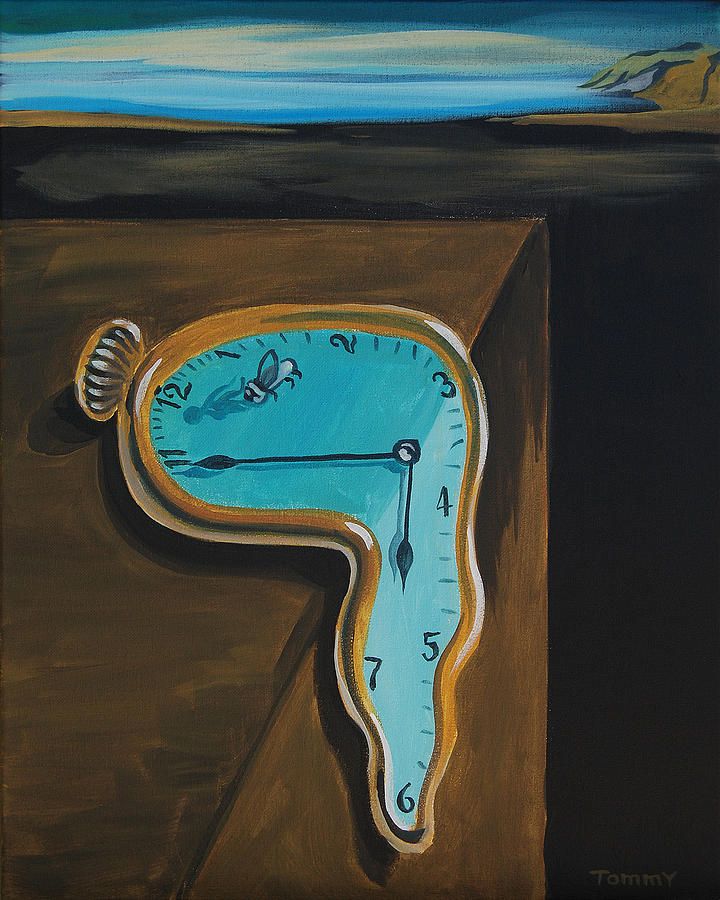 So since this year’s quarantine has been extended, I have decided to make a list of some songs/compositions to “shorten” this extended “Coronacation” that we are now living in.

This list will be presented in two places YouTube and Spotify. The presentation will be presented in inverse order, with the shortest of these long tracks (that you can listen to) being first in the list and the longest being at the end. In the YouTube playlist, there will be some videos before the compositions that either explain, or give context to, the song(s) that follows.

This is by no means a complete list! It is more of a comprehensive introduction to music that has a longer runtime in the ever expansive world of music, with highlights and standout tracks being highlighted.

I have curated these lists as a way to “boil the frog” so to speak… To ease us in we are going to start with a selection of the longest runtime tracks that made waves on the Billboard charts.

Wayne’s World. Thank you for coming to my Ted Talk. “Upon its release as a single, “Bohemian Rhapsody” became a commercial success, topping the UK Singles Chart for nine weeks and selling more than a million copies by the end of January 1976. It reached number one again in 1991 for another five weeks when the same version was re-released following Mercury’s death, eventually becoming the UK’s third-best-selling single of all time. It is also the only song to be the UK Christmas number one twice by the same artist. It topped the charts in several other countries as well, including Canada, Australia, New Zealand, Ireland, and the Netherlands, later becoming one of the best-selling singles of all time selling over six million copies worldwide. In the United States, the song originally peaked at number nine in 1976, but returned to the chart in 1992 after being used in the film Wayne’s World and reached a new peak of number two on the Billboard Hot 100. The release of the film of the same name in 2018 resulted in renewed popularity and chart success worldwide for the song.”

How could I not include it? Surprisingly the highest it has charted on Billboard was at number eight.

This seven-minute and eleven second track was recorded during the band’s The White Album/The Beatles period in 1968 Hey Jude was released as a non-album single and served as the first release by their Apple record label. The track was written to John Lennon’s son Julian after the divorce of his parents. “Hey Jude topped record charts around the world and was the best-selling single of 1968 in the UK, the US, Australia and Canada. At more than seven minutes in length, it was the longest single that ever topped the British charts.”

“The [unedited eight-minute and twenty-one second] song became a surprise hit in the United Kingdom after it was championed by DJ John Peel, rising to #2 on the UK Singles Charts in 1981.” It is part of a larger eight hour art piece called United States Live (the auditory part of the piece is in the album of the same name by Laurie Anderson.)

This eight-minute and thirty-three second track from 1971 was originally released as a two-part single (where the track was cut in half and put on a 45) It is from the album of the same name. “the single was the number-one US hit for four weeks in 1972 and also topped the charts in Australia, Canada, and New Zealand. In the UK, the single reached number 2, where it stayed for 3 weeks, on its original 1971 release”

In its eight-minute and forty-one second track from the album and movie Purple Rain was “number 2 on the Billboard Hot 100 and stayed there for two weeks.” The edit that made the charts originally was four minutes and five seconds but we aren’t here for that version.

The normal 1974 album version has a runtime of nine minutes and eight seconds. The single edit is four minutes and forty-one seconds (but once again we aren’t here for that version) and its “outtake” or unfaded ending version of the track (which is included on their greatest hits album Skynyrd’s Innyrds and is the version I use in both playlists) When the band plays the track live it normally ranges from nine to sixteen minutes. “Released as a single in November 1974, “Free Bird” entered the Billboard Hot 100 on November 23 at No. 87 and became the band’s second Top 40 hit in early 1975, peaking at No. 19 on January 25. A live version of the song re-entered the charts in late 1976, eventually peaking at No. 38 in January 1977.”

All Around The World – Oasis (Be Here Now)

“”All Around the World” is the longest song ever recorded by Oasis. It was released on January 12th, 1998, the track peaked at number one on the UK Singles Chart and earned a Silver certification. The song also reached number 15 on the Billboard Alternative Songs chart. [The nine-minute and twenty second track] is embellished with string and horn pieces, and is followed by the two-minute-long instrumental “All Around the World (Reprise).” (Adapted from Wikipedia. The 11:28 “full version,” with the reprise, is included on the YouTube playlist while the album version is on the Spotify list.)

The seventeen-minute and five second album track (and two minute and fifty-two second single edit) reached the peak position of thirty on the Billboard music charts on October 26, 1968. The title “According to drummer Ron Bushy, organist-vocalist Doug Ingle wrote the song one evening while drinking an entire gallon of Red Mountain wine. When the inebriated Ingle then played the song for Bushy, who wrote down the lyrics for him, he was slurring his words so badly that what was supposed to be “in the Garden of Eden” was interpreted by Bushy as “In-A-Gadda-Da-Vida”.”

“It is said that the audio compact disc format is exactly 74 minutes long because it was developed to be exactly long enough for Beethoven’s Symphony No. 9 in D minor, Op. 125.”

The Ring of the Nibelung – Richard Wagner

“Der Ring des Nibelungen (The Ring of the Nibelung), WWV 86, is a cycle of four German-language epic music dramas composed by Richard Wagner. The works are based loosely on characters from the Norse sagas and the Nibelungenlied. The composer termed the cycle a “Bühnenfestspiel” (stage festival play), structured in three days preceded by a Vorabend (“preliminary evening”). It is often referred to as the Ring cycle, Wagner’s Ring, or simply The Ring.” The opera can take from twelve to fourteen hours to perform. This opera includes a track most known by Wagner, The Flight (or Ride) of the Valkyries.

During the year 2011, The Flaming Lips planned to release an album, extended play, or single during every month of that year. (Every month except February had a release by the band.)

Tracks that I cannot include on either list because it kind of is not possible.

“It was originally written in 1987 for organ and is adapted from the earlier work ASLSP 1985; a typical performance of the piano version lasts 20 to 70 minutes. In 1985, Cage opted to omit the detail of exactly how slowly the piece should be played.

The performance of the organ version at St. Burchardi church in Halberstadt, Germany began in 2001 and is scheduled to have a duration of 639 years, ending in 2640.”

“Longplayer is a one thousand year long musical composition. It began playing at midnight on the 31st of December 1999, and will continue to play without repetition until the last moment of 2999, at which point it will complete its cycle and begin again. Conceived and composed by Jem Finer, it was originally produced as an Artangel commission, and is now in the care of the Longplayer Trust.

Longplayer can be heard in the lighthouse at Trinity Buoy Wharf, London, where it has been playing since it began. It can also be heard at several other listening posts around the world, and globally via a live stream on the Internet.

Longplayer is composed for singing bowls – an ancient type of standing bell – which can be played by both humans and machines, and whose resonances can be very accurately reproduced in recorded form. It is designed to be adaptable to unforeseeable changes in its technological and social environments, and to endure in the long-term as a self-sustaining institution.” (From Longplayer’s About page)

Photo Credits: Interpretation of Salvador Dali’s Melting Clocks from The Persistence of Memory

Various pages on the songs on Wikipedia 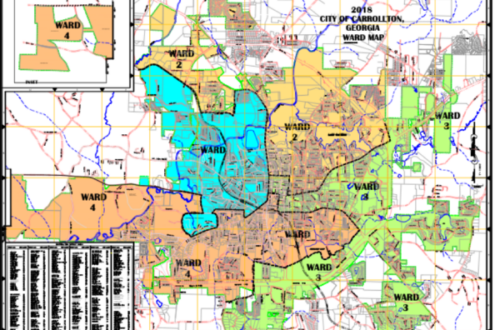 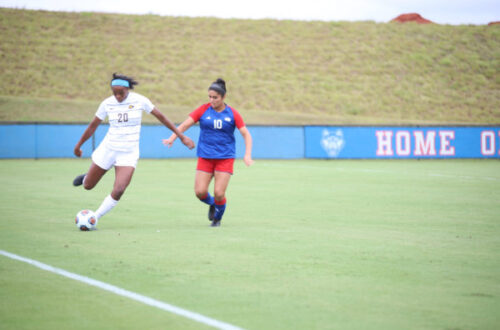 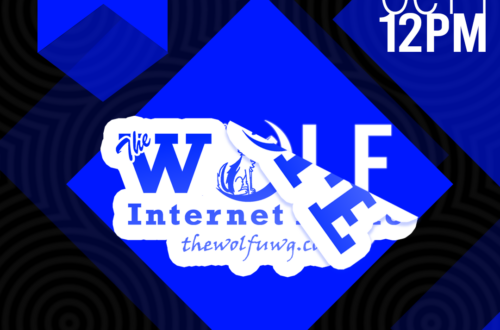