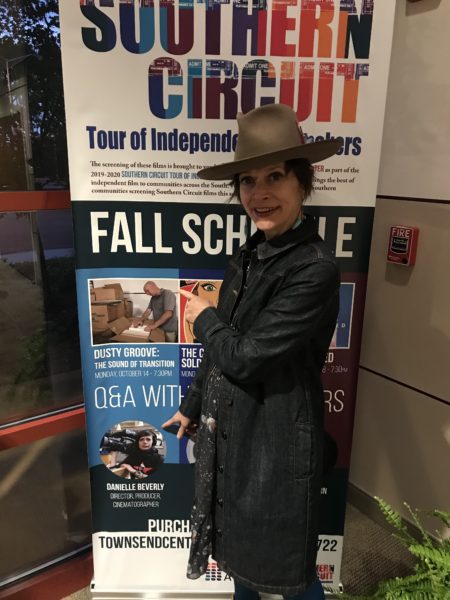 The Townsend Center for the Performing Arts hosted an event (in its Dangle Theatre) and opened its doors for the first time ever, to the Southern Circuit Film Festival. South Arts helped to fund the event to bring the festival to the University of West Georgia. For the Townsend Center’s first screening, they chose a documentary called Dusty Groove: The Sound of Transition, by director, producer, and cinematographer Danielle Beverly. This included a Q&A session with Danielle Beverly after the screening.

Going into the Dangle Theatre was like going into a regular small-town movie theater. The smell of popcorn wafted at you from the door. I instantly felt a sense of joy and homeliness. There were black and red velvet curtains hanging from the ceiling and a large movie projector screen hanging in the middle of the back wall. Local record shop, Square Records, had the sound of Jazz playing on a turntable. The seating was a mix between a coffee shop and a mancave (i.e. a few loveseats were along the wall and in the front “row” of the room) as well as a few round tables with chairs. There were only two seats empty once the introductory speech by Misty (From the Townsend Center) began.

Misty briefly introduced us to the Southern Circuit Film Festival, Danielle Beverly, and the film about Dusty Groove. Dusty Groove is a record and music media shop in Chicago. The store started as an online-only shop in April of 1996 by Rick Wojcik and JP Schauer. In 1997 they expanded to a storefront near where they are today. In 2007 Dusty Groove expanded into its own label as well, where they help to reissue titles from the catalogs of the Sony and Universal libraries. They are still going strong on updating the website daily, adding over a hundred records a day, between their twenty-six employees, as well as, running a storefront, and going to various places to find more records and other music memorabilia, Rick stays very busy.

In the documentary, we follow Rick on a few of his daily trips to look at, and possibly purchase, various record collections. The film showcases people who are having to sell some of their most loved music possessions to help pay for a struggle or a turning point in their lives. We are intimately exposed to the hearts and minds of the collectors and their emotions of selling their collections. We hear about each person’s love, connection, and a couple of times their personal involvement in making the music itself. I found the ninety-year-old man’s story the most touching. He is having to sell his collection (including some of his own recordings) to help pay for cancer treatment. Each of the people we meet tell about the first record they ever purchased.

If you are traveling to Chicago you should check out the shop. (You can also check out the online shop). HERE you can watch the trailer for the documentary, and to quote the director herself, “Check ‘em out. Don’t blame me when you become addicted though.” In about eight months the tour of the documentary will be complete and it will be released to the mass public.

After the showing, I had an interview with Danielle. To end, I have a question for you, what was the first record you bought? 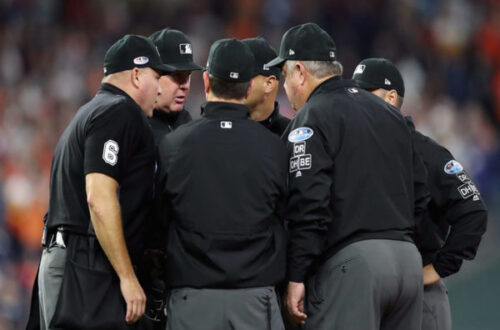 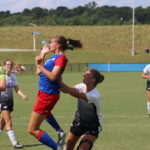