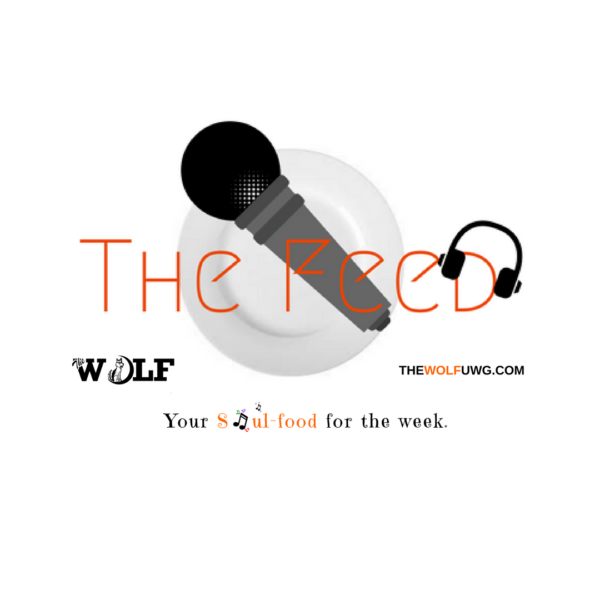 This week on The Feed we talk about our favorite artists and what we love about them such as J Cole, Kendrick Lamar and Lauryn Hill. The Feed does a pop up review of Cardi B’s new album Invasion of Privacy and the first instalment of The Feed Rap Battle: Melodious vs. DN Prime!

Best Albums of the Year

This week the gang wraps up the semester going through their favorite albums that dropped this year. Some of the albums mentioned included Drake “More Life”, Khalid “American Teen”, Kendrick “DAMN”, SZA “Ctrl”, 21 Savage “Issa Album”, and Jhene Aiko “Trip”. Tune in and tell us some of your favorite albums. Happy Holidays!

This week our host Garrett began with his hilarious “Garrett Talks His Ish” segment where he rants about how people should be careful about the people they choose to surround themselves with. They then went on to discuss the recent passing of rapper Lil Peep who died of drug overdose, and how the glamorization of drugs in Hip Hop affects the youth. The gang then moved to lighter topics discussing the most iconic beefs throughout Hip Hop history as well as their Thanksgiving plans. Be sure to tune in! ​

This week the gang introduced their new “Hip Hop History” segment and put us on to some hot upcoming artists such as Saweetie Harper, EDEN, and Cam Archer. Along with this, they then clowned Tyrese for his emotional Instagram rants as well as shared their opinions on Meek Mills recent imprisonment. Tune in for good vibes and good information on THE FEED!!!!

The evolution of Cardi B, who showed up for halloween, what hot films are about to be released

This week they discussed Cardi B and all of her current success, including her recent engagement to rapper Offset as well as her feature with rap mogul Nicki ​​Minaj. They also shared their opinions on some of their favorite celebrity’s Halloween costumes like Kendrick Lamar, Kim Kardashian, Lebron James, and many more! The crew wrapped up the show with some new movies that they can’t wait to see! Be sure to tune in for an insane mix of comedy and culture.