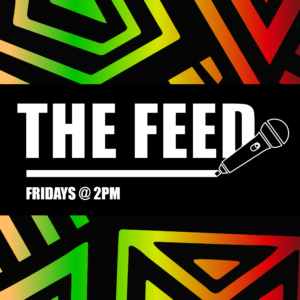 The Feed is a show that focuses on the lens of “black culture”. Every week we discuss different aspects of black culture from movies, to music, and even entrepreneurs, all while keeping you laughing and entertained. Make sure you tune in every Friday at 2 or you’ll miss out on the best that West Georgia has to offer!

The first annual Black Culture Awards is on! D.J.T. joins The Feed as they vote and evaluate the candidates for the categories of:
Comeback of the Year,
Rookie of the Year,
The Walking L Award,
Best Social Media,
Person of the Year and many more. Garret Talks His Ish by sharing his view on “Natural Selection”.

The criteria for quality albums have risen in 2018 and The Feed here to give you the break down on whats hot and whats not. Garret talks his ish about Standards vs Preferences.

Iconic Black Cinema and the Future

This week we had a very special guest from the Wolf Internet Radio’s very own College Circuit sit in on the show as we talked about our favorite black TV shows, classic black movies, and the future of black cinema. Also G Rey came back this week to talk his conspiracy theory of why women invented and run the Illuminati.

Not So Iconic Anymore

Listen as the cast discusses the falls of icons such as Nicki Minaj, Bill Cosby, and Kanye West. Also catch G Rey as he talks about his discovery of a church that..well just listen. We also discuss Justin Bieber in the hood, Tekashi 69 versus YG, and Iggy Azelea potentially going into the “film industry.