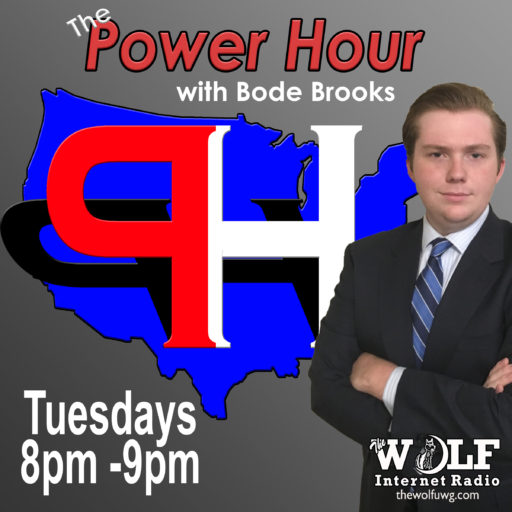 In this episode of Power Hour, Bode and Georgia break down highlights and lowlights of Trump’s 100 days in office with guests Noah Bridges and Katie Cardin. Former host Darrly Forges also gives his insights on Trump’s term and regular visits to South Florid in a special interview.

Syria, United, and The Nuclear Option

Bode and Georgia talk with Vinny Saponara about current events that have made waves in global politics including the conflict in Syria, the United Airlines incident, and the Senate’s use of the nuclear option.

Bode and Georgia are joined by guest Wesley Christensen to discuss their different perspectives with how the church should interact with the political spectrum. Bode also later interviews author, New York Times contributor, and history professor Dan Williams about the influence of the ‘religious right.’

Climate Change and the AHCA

Bode and Georgia are joined by guest Chance Grzesik to talk about climate change in light of Trump’s recent executive order. Later in the show, the crew breaks down the failed American Health Care Act and talks about what steps need to be taken to improve American healthcare.

Listen to this special episode of The Power Hour with guests Geer Whitney and Shawn Isaacs looking at how Millennials are viewed across different generations in both the workplace and politics.

Alcohol and the Law

In The Power Hour‘s last episode before Spring Break, Bode and Georgia are joined by Denim Grzesik to talk about alcohol and the law, especially how it affects college students.

Listen as Bode and Georgia are joined by guests Jordan Striblin and Quinton Cummings to debate Campus Carry and Gun Control on The Power Hour.

In The Power Hour’s season premiere guest Tyler Placeres discussed with Bode and Georgia reactions from the first month of the Trump presidency as well initiatives taken on campus to prevent crime.

Tune in to the season finale of The Power Hour. Guest, Vinny Saponara, discusses with the crew Fidel Castro, Standing Rock, and impressions of Trump’s pre-presidency thus far.

The Power Hour hosts were joined by West Georgia College Republicans President Ryan Sammon to discuss their thoughts post-election, their reactions from Election Day, anti-Trump protests, and also what we can expect moving forward with President Trump.

The Power Hour had a special election coverage episode live at an election watch event at the Campus Center. Bode Brooks was joined by Georgia McCarthur and Vinny Saponara to talk about the campaign and reactions to election results as they came in. Bode also interviewed student leaders Darion Reed and Katie Cardin and Dean of Students Dr. Xavier Whitaker.

This special episode of the Power Hour features representatives from the College Republicans and Young Democrats, Noah Bridges and Lyndia Riley, debating the policies of Donald Trump and Hillary Clinton, covering taxes, healthcare, immigration, and foreign policy on trade and national security.

The Power Hour featured Chance Grzesik and Avery Anderson. Grzesik supports no major candidate and Anderson is an avid Trump supporter. Both began the campaign season as Bernie supporters, and they discussed on the show why they’ve aligned with such opposing political ideologies.

Democrats and Republicans not to supporting their party’s candidates.

Listen  as host Bode Brooks talks with  Ethan Stiles and Denim Grzesik, about why they aren’t supporting their party’s candidates and what the nominees are doing that is preventing them from earning their respective votes.