headline
The Reselling Era
I’m a Sports Girl & OK With It
Miss Americana: A Netflix Must See
Donald Trump, Third Impeached President, His Trial in Senate to Start Soon
The Duke and Duchess of Sussex plan to “step back” from their royal duties
Non-renewal letters have UWG students speaking up to defend their Faculty. 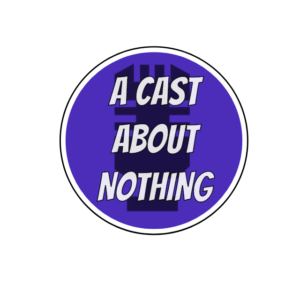 The effects of the internet on the music industry and the movie industry.

In the first part, we discuss the Influence of internet on music: How Artists’ benefits have changed because people can easily get access to music for free. The use of social media helps to promote new albums and tours, so artists no longer need promotional tours. We mention examples such as: Michael Jackson, Amy Winehouse, Whitney Houston and Mac Miller. The last part deals with the influence of internet on film productions. We discuss how internet facilitates spoilers and plot twists in movies and shows. Don’t miss our recasting of the Avengers!

A Cast About Nothing

This week we talked about ‘Special Episodes’ of TV such as holiday specials or cross over episodes between two different shows. We also recast the movie Titanic with more modern day actors.